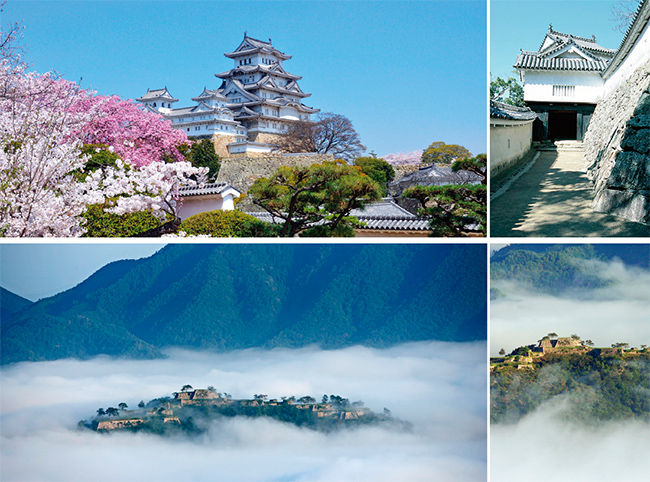 Himeji Castle, in Hyogo Prefecture, is a UNESCO World Heritage Site. It is 400 years old and is the only castle in Japan to retain its original wood and plaster construction. Its beautiful lines give the impression of a bird in flight, hence it is known as the “White Heron Castle.” The castle went through a six-year Y2.4bn (£12.4m) restoration which finished in 2015. https://www.japan-guide.com/e/e3501.html

The remains of this 15th century mountain-top castle can be found in the north of Hyogo Prefecture. It is nicknamed the “Castle in the Sky” because low cloud gives the impression of floating in the air. It is highly rated by visitors for the condition of its remains and spectacular view.