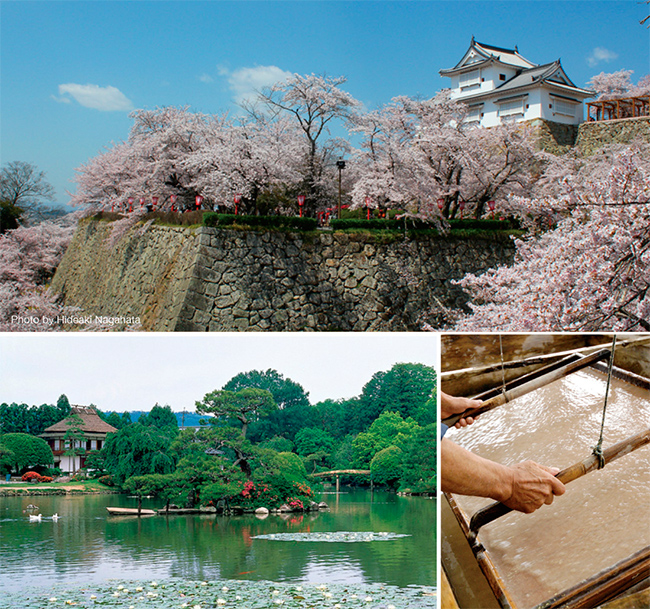 Tsuyama City flourished once as the capital of Mimasaka Province, and is now a quiet and charming castle town.
Tsuyama Castle was one of the most well-fortified castles ever constructed in Japan. Though the castle itself is no longer standing, there remains a great set of fortifications with commanding views of the city below.
The Bitchu Yagura (Turret) has been reconstructed (completed in 2005) using traditional materials. The castle is famous in western Japan as a cherry blossom viewing site. This makes early April the best time to visit, as at this time people hold hanami parties under the spreading boughs of the cherry trees, which make the castle grounds and the tower look as if they are wrapped in blossom.
There are many quaint little shops on the historic Joto Street and the Shuraku Garden, though small, has elegant scenery reminiscent of the 17th Century. As of August 2013, Joto Street has been designated an Important Preservation District for Groups of Traditional Buildings.
Other traditional activities that can be enjoyed in Tsuyama include kasuri cotton weaving and paper-making.